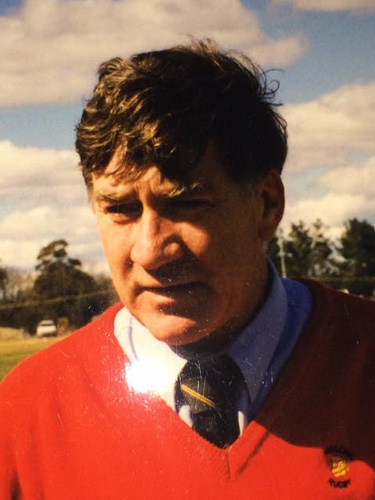 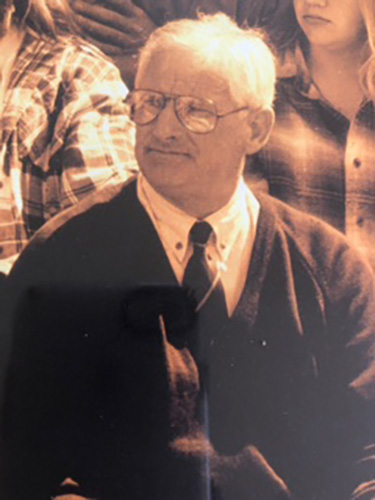 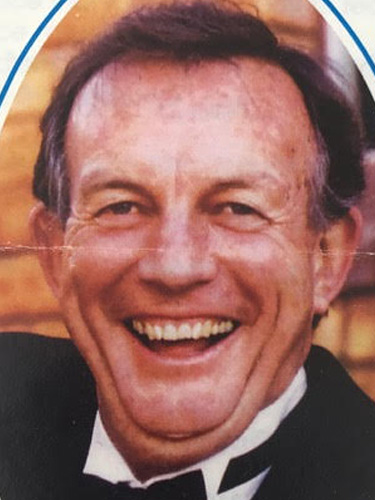 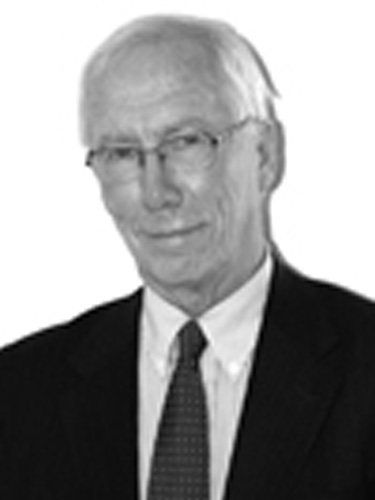 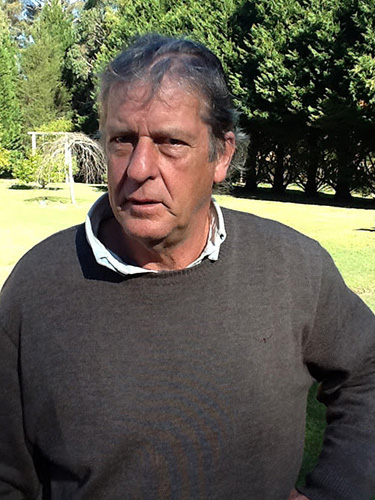 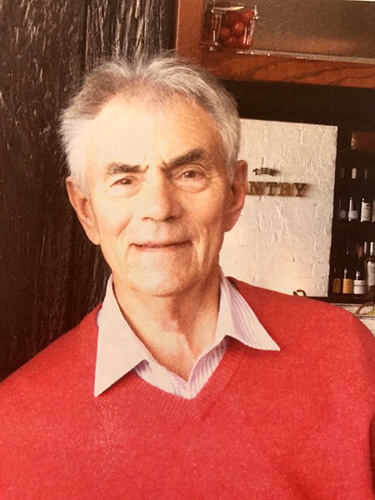 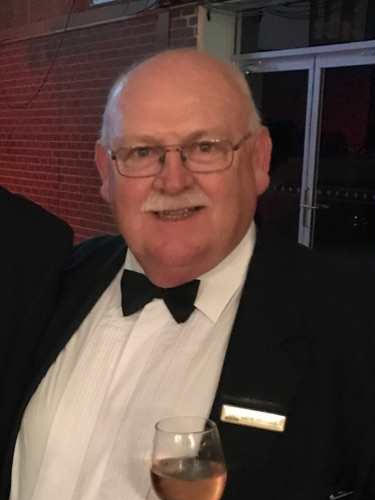 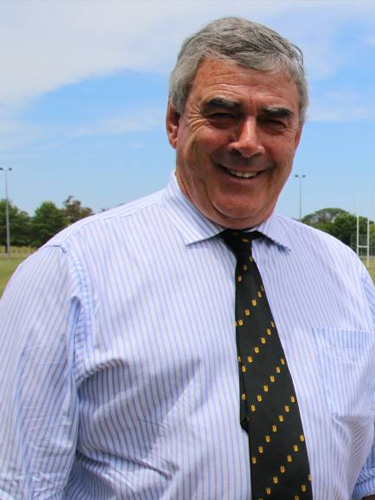 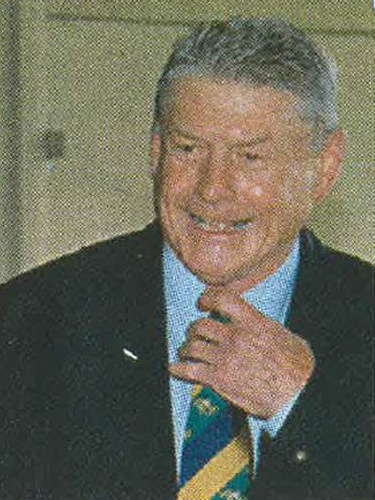 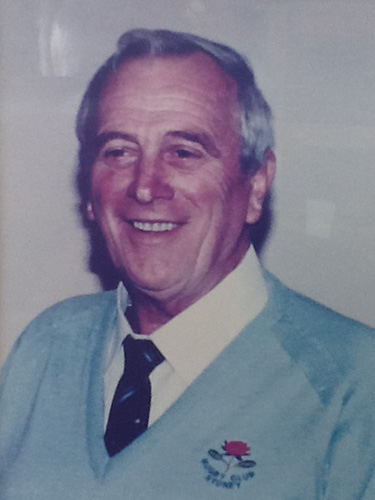 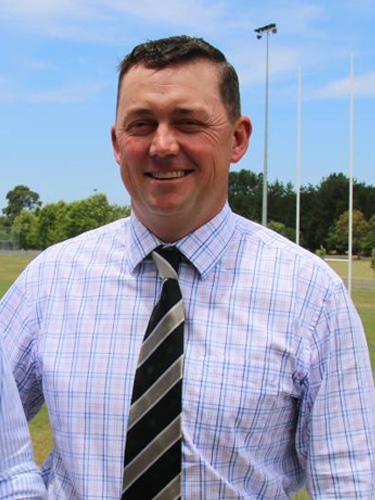 Robin is the Club Founder.In 1972 having spent several years travelling to the Central West Region for a game of rugby Robin decided to ” test the waters ” for local boys who might like a game of rugby. In January 1972 he placed an advertisement in the local newspaper inviting interested players to a training session on a Sunday afternoon at Chevalier College. Twenty two players turned up. Enough for a team.A chance meeting with a Canberra Rugby official resulted in an invitation to play for the Canberra Cup against Canberra Clubs and country clubs Goulburn, Yass and Cooma.The Bowral Blacks name was reflected in the kit worn which consisted of a black jumper,  black shorts and black socks with gold tops.A premiership resulted in 1973 defeating Yass in the Grand Final.A 47 year stewardship of the Bowral Blacks has been maintained by Robin. His passion is to see the Club inclusive of all people who love rugby. He promotes the notion that rugby is a means to lifelong friendships and general custodial care for each other.

Austen was President of the Club in the mid 1970 ‘sHis astute leadership saw him guide the Club from its participation in the Canberra Cup competition to the Illawarra Rugby competition.  He saw that playing in this competition would provide regular matches for the Clubs Firsts, Seconds and Third Grade sides and greater opportunities for representative players to impress.He was Chairman of Selectors for the Blacks for many years and then Selector for NSW Rugby.He was elected President of NSW Country Rugby Union which he held for two years.Austen’s wisdom, passion , dedication, forthright attitude and his many achievements and initiatives have ensured that the Club will continue to prosper on the Highlands.He imprinted his love of rugby on the Bowral Blacks Rugby Club.

Ewen had the reputation as a ” hard man ” on the rugby field. He was a second rower who was unyielding and unflinching. He was a big, boisterous, indestructible, larger than life larrikin stock and station agent from Moree.Ewen was the second President of the Club in 1873 and then served again as President in the 1980. He brought a steely determination to the Presidency. He had a clear vision of what he wanted the Club to be like. He was steeped in rugby traditions and knew that a culture at that time needed to be developed. He articulated and modelled a culture that embraced sportsmanship,  camaraderie, good fun, promotion of rugby, inclusiveness and support for individuals and families.Ewen was pivotal in two major decisions that cemented the Clubs viability in the Highlands. The first was to leave the Canberra competition and join Illawarra and the second was his negotiations with the local Council for land at Eridge Park for fields and a clubhouse site.He was heard to advise a young player with the words ” respect your opposite number but make sure he has a miserable game and make sure you seek him out after the game for a beer together”.

Brian came to the Highlands in 1980 and began playing for the Bowral Blacks. He played breakaway for 5 seasons. He joined the Rugby Committee in 1981 and became Treasurer for the next two years. He was elected President in 1983. He remained the President until 1986.
Brian’s leadership was characterised by high commitment and a “can do ” attitude to the many tasks and responsibilities that come with the Presidency.
During Brian’s Presidency a major upgrade of lighting for training purposes was planned, negotiated with authorities, funded and installed. A ground watering system was also negotiated and installed. A system which has now been built upon resulting in a playing surface the envy of most clubs both within the competition and beyond.
Brian acknowledges the support to the efficient running of the club by his wife, Sue and many wives, partners and families who pitch in to share the load.
Brian promoted the Bowral Rugby Club as a delegate to Illawarra District Rugby Union and as a delegate to NSW Country Rugby Union. He became Vice President of NSW Country Rugby and President of the Southern Province Rugby. He was one of five Country delegates to NSW Rugby Union in the mid eighties. 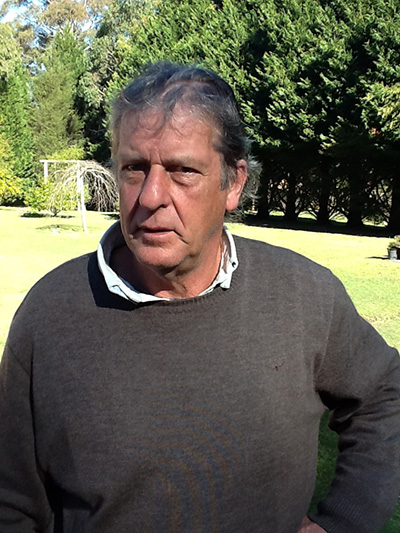 Peter is the Club’s “Ancient Warrior”.Peter played over 500 games for the Club mostly in First Grade. His playing career spanned 28 years. He enjoyed a Premiership win in First Grade in 1983.Peter represented Southern Province at Country Week Championships in 1982 and was an Illawarra representative from 1985 to 1991.Peter became a Life Member in 2000. His Life Membership acknowledges extraordinary dedication and commitment to the Club and the support, modelling and companionship he offered younger players.His career is a celebration of sportsmanship.

Brian was a great warrior for the Bowral Blacks over a period spanning 44 years.Brian was a Life Member and voted clubman of the year on two occasions. He was President for several years and on the Blacks committee for 44 years. He was significant in all the major decisions that effected the functioning of the Club.Brian was a coach and team manager and a wonderful model and mentor for the boys. He was deeply respected by all the players and supporters.Brian was always resplendent in club tie and a jacket.He was a very humble man and when praised for his amazing contribution to the Blacks simply said, “I just helped out where I could”

Val became a Life Member in 2006.His citation reads, “for outstanding contribution to coaching, administration, constitution review and long term support of the Bowral Rugby Club”.Val provided three terms of leadership of the Club as President.He coached the First Grade Side in 1989 for four years taking it to the Grand Final on each occasion. During this time he became the Illawarra Representative Team coach for the Country Week ChampionshipsVal initiated coaching accreditation for all junior and senior coaches within the Club. He achieved Level 3 ARU Coaching Accreditation  following an 18 month training commitment. He also initiated the Bradley Tyson Memorial Trophy for outstanding Clubmanship in memory of his son, Bradley who died tragically.Val leads the ” Wilted Tulips” Golden Oldies Side promoting it to past players and securing fixtures.He is considered the Clubs Elder Statesman.

Jim was our first Wallaby. Jim earned nine caps for Australia. His first Test was against Japan in August 1975 in Sydney. His final test was against France in Paris in October 1976. Local lounge rooms erupt with cheering in the dead of night when it was announced by a British commentator that jimmy Hindmarsh of the Bowral Club had run onto Cardiff Arms Park against the Welsh.Jim coached the First Grade side to a premiership in 1983 and also an Under 18 side to a premiership. He also coached Under 15’s and 17’s with his brother Bruce.In 1995 he helped reform the Bowral juniors.Jim is treasured for having contributed to the Club in so many different ways. Coaching, auctioneering, sponsorship, volunteering and mentoring players.He was awarded the Bradley Tyson Award for his consistent and outstanding contribution to the Club.

Stuart became Life Member of the Club in the early 2,000’s.Stuart was a Wallaby in the 1975/76 touring side to England and Europe. He played in the front row.He was well retired from playing when he moved to the district to live but always enjoyed a game for the President’s Invitation 15 against the First Grade Side. He was much appreciated by all the President’s men as the server of the port prior to the game, at halftime, after the game and into the night.Stuart involved himself fully with the Blacks as a coach of the First Grade, Club administrator, mentor to the younger players and Master of Ceremonies at the Annual Mens Luncheon for many years.His performance as MC at the luncheon was hilarious, often politically incorrect, irreverent  with no one safe from his repartee. The luncheon was a sellout once it was known that Stuart was MC.

A posthumous Life Membership was awarded to Frank Crosslie to honour him for his commitment and devotion to the Bowral Rugby Club.Frank was one of those blokes who is regarded as the backbone of support to a rugby club.He was on the Committee with formal responsibilities but it was his random acts of kindness and support that endeared him to the players.On cold winter nights he would attend training bearing sausages and fire up the barbecue for a warm snack after training for the boys. Frank travelled with the team, was manager, gear steward , provided moral support and contributed to team morale.His hip flask of whisky was offered around to sideline spectators while watching cold wintery matches.A tree was planted in his memory at Eridge Park.

Mark joined the Club as a nineteen year old in 1998 and has played continuously for 21 years. He has played in excess of 400 games.He was elected to the committee and has served for 10 years as Committee Member, Vice President and as President for the last eight years.His leadership of the Club has been exemplary. His leadership is characterised by boundless energy, conviction, inspiration, astute decision making , bloody minded determination and optimism.He has been pivotal in function organisation, promotion of membership, renovation of the clubhouse, planning for and attracting Government Grants and enhancing the credibility and reputation of the Club by attracting Statewide Championships and Shute Shield matches to Eridge Park.His inspirational leadership has led the Club from a time of despair to prominence.

In 1973 Dennis was posted to the Southern Highlands from Cobar. Dennis became a Foundation Member, joined the Committee as Secretary until 1981 and played first grade for five years including in the Club’s inaugural premiership. Dennis then retired to second and third grade as he was unable to attend training. In 1981 he was posted to Dubbo. In 1989 he took up an appointment as Headmaster at Moss Vale Public School and re-established his relationship with the Club. He has maintained his Membership for 48 years.In 2007 Dennis re-joined the Committee. Since 2007 Dennis has re-established the Club’s membership, which had largely lapsed, establishing a data base of members and their email addresses through his many friends and acquaintances in the Club. Dennis has also interviewed many players, former players and officials as a contribution to the Newsletter and to maintain and foster the Club’s culture of respect and camaraderie.Dennis is currently engaged in writing a brief history of the Club.